In this case study, the homeowners of a Fairfax, Virginia property contacted Matthew Furlong of Först Consulting Group/The Falcon Group, Engineering and Architecture (“Falcon”) because of a construction dispute involving issues with a contractor they had chosen to work on their home. In their claim: 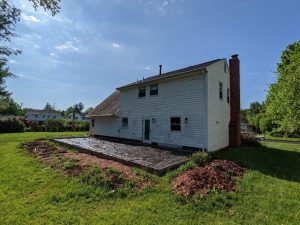 The original contract between the homeowners and the contractor called for a scope of work described as interior alterations of the first and second floor, a second story master bedroom addition above an existing garage, and a new kitchen addition. It included relocation of the HVAC system and kitchen, new flooring for the addition and bathrooms, and a full remodel of three bathrooms, with complete framing, plumbing and mechanical.

Demolition began approximately one week after Fairfax County approval, and approximately two weeks later, the contractor ceased work in the middle of construction, claiming that certain scopes of work, such as plumbing due to changes in the new plans, were not included in the contract.

Not knowing exactly what to do next, yet understanding that they needed outside help to assist in resolution, the homeowners turned to Matthew Furlong and Falcon to be their homeowners’ advocate.

Following completion of a forensic inspection (“investigation”) of the construction issues, Furlong was retained to render a preliminary opinion regarding:

After a thorough review and analysis that included review of the building plans, visual surveys, physical measurements, site conditions, and searches for defects, observations were recorded and an opinion was rendered.

The following issues were among the construction deficiencies discovered, and available for use in the case against the contractor: 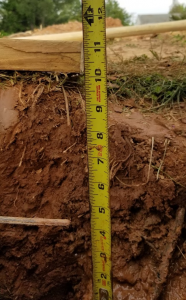 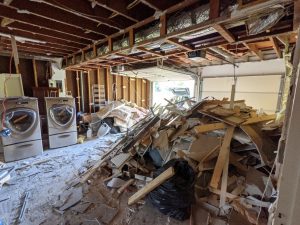 As a result of the contractor’s conduct, the property was deemed not habitable and in a condition that can be described as dangerous. Results included:

Upon forensic investigation, it was Falcon’s opinion that the homeowners were overcharged, that the work was deficient and incomplete, and that the contractor owed a refund back to the homeowners.

The project showed ominous signs of serious neglect, basic and fundamental installation techniques were ignored, and approved plans were not followed. The contractor did not execute the project with a reasonable level of knowledge, quality, efficiency, or in a workmanlike manner, and left several work scopes seriously deficient and incomplete. 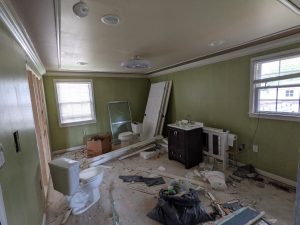 The gas supply for the house and furnace, and the outdoor air conditioning unit were disconnected since construction began, risking burst water pipes in winter, and possible microbial growth in summer. The home is not sellable or habitable in its current condition and will require additional time and expense to correct issues.

If you have issues with a contractor or construction disputes, there is an advocacy resource to turn to: Först Consulting Group, a division of The Falcon Group. From Construction Contract Review, to Construction Defect Inspections, to Litigation Support, Först is here to help.

For more information, or to discuss your options on resolving a construction dispute, contact Först Consulting Group at 301-560-0424.