The Importance of Radon Testing in Your Home 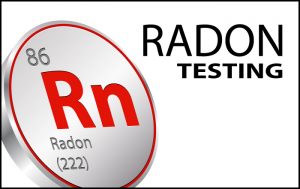 You’ve probably heard of radon, especially if you recently sold or purchased a home. But did you know how serious a radon problem could be? Radon testing is extremely important, whether you’ve just bought a home or have been living in for years.

Identified by English Nobel Prize-winning physicist Ernest Rutherford, radon is a colorless, odorless radioactive gas that occurs as a result of the radioactive decay of uranium found in soil and rocks. As this process happens in all soils and rocks, radon is everywhere, including in water. It can be detected both outdoors and indoors, with its level depending on the characteristics of the rocks and soil in the area.

Typically, radon dilutes quickly outdoors and is not considered dangerous, with average levels of 5–15 Bq/m3. The concentration of radon indoors, on the other hand, is usually much higher and can pose a serious health risk.

Radon levels are highest in mines and caves, however, there have been reports of extremely high radon concentration in homes, offices, and schools as well (more than 10,000 Bq/m3).

The Harmful Effects of Radon

Radon decays after leaving the ground and reaching air, producing radioactive particles. As we breathe, radon enters our system, specifically the airways, where it takes its toll on our DNA and may lead to the development of lung cancer.

Recent studies have shown that even people who are exposed to low levels of radon can suffer health problems, with children being a particularly vulnerable group.

Why Should I Test for Radon?

While it is true that we are all constantly exposed to radon, you cannot know your home’s radon levels without testing.  Since you cannot smell, taste or see radon, people exposed to high levels of it do not know that they are in danger, as there are no indicating symptoms. It may take years of exposure for any signs to develop, at which point it may be too late to properly react.

High radon levels have been detected in virtually every state. The EPA reports that an estimated eight million homes throughout the U.S. have higher levels of radon than what is generally considered safe (less than 4 pCi/L).

The most prominent and trusted health and environmental organizations in the United States, including the Surgeon General, the American Lung Association, and the EPA strongly recommend having your home tested for radon, as it is the only way of knowing its concentration in your home.

How Often Should I Test for Radon?

The EPA recommends radon testing in your home once every two years. However, it is important to keep in mind that the radon levels in your home may increase with certain changes to your surroundings. For instance, seasonal changes may affect radon concentration, so you should consider performing the test in different seasons, say spring and winter. Radon can also enter your home if you are undergoing major renovations, or through cracks in walls and floors, changes in ventilation or natural or man-made disasters.

Without proper knowledge, training, and equipment for testing radon levels, you could potentially have hazardous levels of radon in your home—and not know it. Contact Först Consulting Group today to schedule your in-home radon test.